Web design, web development, UI and UX: What actually is the difference? 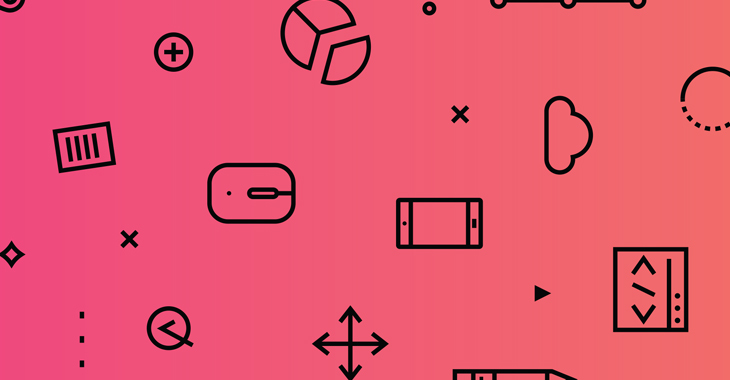 Language is a wonderful thing. Social scientists tell us that it was when we began to use sounds and gestures to convey messages that we truly began to become civilised. The problem is that as our world has become more specialised, language has become divisive rather than unifying. It seems that every field has its own language that makes those working in it part of an exclusive club. When two people from different areas of interest start trying to communicate it often seems like they are not even speaking the same language and could use a translator to make themselves understood.

This is especially true when people involved in IT, Information Technology, interface with those who still think of clouds as fluffy things in the sky and architecture as designs for buildings. That is the purpose of this article, to try and bridge the language gap between those fluent in ‘geek speak’ and the person on the street or business owner who might have need of their services.

If you are looking to create a web presence for yourself or your company there are four terms that you need to gain at least a basic understanding of to be able to speak intelligently with the person or people who will build your website. They are web design, web development, UI and UX.

Web design is a broad area that can encompass a wide array of skills. It is primarily concerned with the visual aspects of a website and how people will interact with or use it. This includes factors that will affect both the UI and UX along with a number of other psychological and artistic considerations.

Front end developers take a web design, either their own or one supplied by a web designer and build it using code. They will utilise HTML for the structure of the site, CSS to dictate the visual styles and layout, and often some JavaScript.

Back end development is more concerned with function than form. Back end developers focus on how the code should be written to best manage the actual operations that make a website work. These could include database access functions, shopping carts, payment processing and web forms just to name few.

UI is a specialised area of web design and development that is often considered a subcategory of UX. It deals with how people actually interact with the web site or application. Navigation, buttons, scroll bars, gesture controls and voice recognition are just a few examples.

User Experience is how a person reacts to a website or how the website makes them feel. Web designers who specialise in this area try to put themselves in the end user’s shoes and create a design that will be most appealing and functional for a particular target audience.

As you can imagine there is a great deal of overlap between each of these specialities and many designers and developers have some skill in all of these areas. You can’t create a quality user experience if the user interface is poorly designed. Designs and features can’t be brought to life without the skills of a developer to manipulate the code and without a quality design with proper UI features and UX to be implemented the developer’s skills really serve no meaningful purpose. They are all interrelated and dependent on each other to successfully create a website that is visually appealing, functional and hopefully high converting for their clients.

Just as an example lets look at how a specialist in each field would address or view one of the most common issues encountered in the development of any website, loading time. People browsing the web are notoriously impatient. If a site takes more than a few seconds to load they will skip straight past it. This makes it a primary concern for everyone involved.

If a site is slow to load, they will normally believe that there is too much content on the page or the content is to complex. They will most likely recommend compressing all the image files, trimming the content of the page and adjusting and re-exporting any assets that can be manipulated.

A web developer will attack slow loading speeds from their side by looking at the code that is processed and whether there are issues with slow running functions, too many calls to the database or bloated redundant code.

A UI specialist is most concerned with the controls on the site. There view would likely be very simple. Trim everything but make sure the controls are as responsive as possible and interactions are instantaneous.

A user experience specialist knows that the chances that a user will “bounce”, leave the site before it finishes loading, increases exponentially with every second that passes. They are most likely to recommend optimising the landing or home page first and then worrying about the rest of the site. This will at least give you an opportunity to start building a relationship with the visitor.

Who Should You Work With?

In an ideal world, you would hire a team that had at least one specialist in each of these fields. At a bare minimum, for a successful site, you will need a web designer and a web developer.

Take your time. Choose wisely and be sure you are working with a true professional agency that will take the time to understand your needs and those of your intended customers.

UI and UX: What actually is the difference? Take a

Packaging mockup for new product on it's way! Look

New client layout. Bringing an old site back to li

A little bit of colour for the start of the week.

working on the weekend! #weekendvibes #brisbanedes

See what we can do for you. Book your free consultation now.

get your
obligation free quote

get your
free seo audit